aim high, aiming for big and better things in life, always have an aim in mind, continue to believe and visualise your success, continuing your aim to be successful, everyone can build a castle, keep going and you will succeed, learn who you are, look of success, never stop believing, successful blogger

When things aren’t going the way you want them to go, it can be frustrating and feel like the bad luck will never end, but trust me it will.

Of course it depends on what it is and if it is a loss of a love one then in my opinion is something you’ll ever get over, but it becomes easier to deal with over time.

To succeed in life you have to continue to believe and visualise your success whatever it may be and never stop believing.

If you need time to be on your own and enjoy your own company for once then do so. I always do this if I feel something is becoming too much and then when I know I am ready I will return or plan on moving on to a new chapter (please read my previous post: Creating new chapters into our lives)

Get to know who you are; I think as we reach teenage years it can often be when we start to look at ourselves for the first time and be confused of who we are meant to be. I found being a teenager sometimes especially at school out of my depth and knew from early on that I was never meant for a 9 to 5 job but something different and more than that.

That is something that has become stronger and more powerful to the point I have never wanted to exceed more than I do now. I want to build my own success with help along the way if I can have it, and be a successful writer.

It is all about continuing your aim to be successful in whatever you want to be, setting yourself targets and developing yourself to be the success you have always dreamed of, just keep going and never allow anyone to hold you back.

Aiming for success, being ruthless in 2020, building an empire, career building, coming out of your comfort zone, everyone can build a castle, Positive Habits, reaching your goals

Sometimes in order to get things done and to enjoy life as it is, being ruthless in 2020 is what you need to do.

Life is full of hurdles and obstacles, and instead of avoiding them, facing them head on is the way to deal with them and build yourself to be the success you want to be.

Ignore the critics, they are often just doing this because they feel threatened by your confidence and are being envious that they haven’t got the guts you have.

Never feel that there isn’t enough success to go around because there is, that is how we have millionaires like Richard Branson, Lord Alan Sugar, Tony Robbins, Grand Cardone etc, and learning from these guys can teach you how by doing little changes to your pattern in life, can change your outlook and see that you too can have a nice car, property, the love of your life and free time to whatever you want.

Take yourself out of your comfort zone and challenge yourself. I knew for example as a kid that I wanted to win the cup at my dancing school for having the highest marks. It took a lot of lessons and time to perfect my dancing which was ballroom, latin and disco dancing, and in doing so I finally as it was my last exam in the child’s section won the kids highest marks trophy and the year after being classed as an adult competitor, won the cup, the one I had wanted as soon I saw it, for the highest marks.

This meant I had beaten the children and all the adults by having the highest scores.

I knew that in order for me to get my dancing to top level, I had to stop the nerves I felt when I took my exams to pass so I could focus on getting every dance and step right. It didn’t happen overnight it took time, but I made sure I went to every class on Saturday morning I created the vision, going through my head the routines and practicing at home, and I did it, I won the cup.

So don’t sit back and be ruthless with yourself, set those goals and ambitions and be the best person you have ever wanted to be. 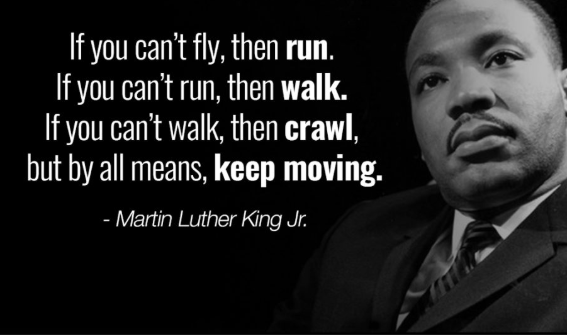