As a child I often felt like I was odd, unlike my friends and other children I’d come to meet, and it was hard as a child feeling this way. I dreamed about being someone else, not me.

I remember being envious of a certain girl at school called Sherie and she was really pretty and popular, all the girls wanted to hang around her including the boys aswell, and I dreamed of being her, just for one day so I could feel what it was like to feel belonged.

She didn’t have it easy, but when she cried it was a nice cry and gentle, and when she smiled she used to light the room, and so wished that could be me.

Even though she cried a lot because she missed her mum, she instantly found friendship and people wanting to be around her. 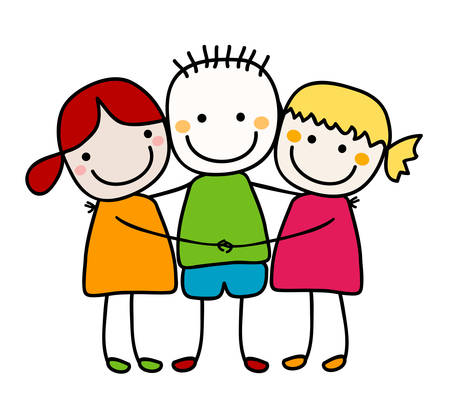 It was only when I started playing football at school I started towards the end of Primary school, I felt like I was accepted, but I still felt like I didn’t belong there and never kept in touch with those friends, once I started secondary school.

I kind of felt I needed to leave that part of life behind me, and start a fresh.

Those feelings of not belonging can be isolating and lonely. When I stopped playing out a lot, I more or less had to start building the relationships I had built up, all over again.

I hid away because I was sick of being picked on, and I was being bullied by the girl who lived the flat right opposite me. She even used my friends to get at me too, and it was hard, I wanted to stay in my shell and not come out again.

Feeling like you don’t belong has its advantages, and I like having my personal space, but I also like to feel part of something. When I took up dancing it took a while, but became part of a group there and for the first time felt some confidence, and I remember I couldn’t wait till Saturday for my dancing school to start again.

Then at Secondary school, after the first year, did have my own group of friends I would hang out with everyday and finally I was part of a group at school. I still found it a struggle at school, but having close friends to support me, did help me and they helped me come out of my shell.

Don’t get me wrong we had fall outs, but didn’t last for long, and I am still friends with those girls now.

Even now since my son started school, I see all the mums already in there groups talking whilst I wait there to go in. The worse for me to do, is to but into their conversation so I stand back.

The one reason why I blog because I like being part of a community, and embracing the new online world, and I feel like I belong.

When I started going to rugby I felt like I could finally let my hair down, and I had discovered a new sense of freedom that I never had before, and whole new world had opened up for me. That was thanks to one of my friends I had made at secondary school, whom I am still friends with today.

The Rugby years were great and even though at times I felt like the odd one out still because of my own insecurities I did feel like I was part of something truly special. It’s like the theme tune from the American Sitcom Cheers,”Where everybody knows your name”, and that is very important to me.

It is good to feel like you belong as you finally feel like you have found your purpose in life and meeting different kind of people, you learn from others and I try think back to those times to remind myself that I have been part of something and other peoples journey.

It is about coming out of your comfort zone and trying something new. When I started doing fundraising events, found another type of community, one where even though these people didn’t know me from Adam, gave me support as they passed me by anyway, and it really gives you a real boost, and a sense of “I can do this and here I am”.

Belonging is about being accepted for who you are and for what you know you can become.