There is nothing worse. When it happens boy is it painful. It may not be a physical pain, but an emotional heavy on the heart and gut pain. The money you had saved has been literally taken away from you.

You are like, why didn’t I not see it.

Those who scam are clever, they know what words to use to capture the person’s attention and they plot. Never think that the person didn’t know what he was doing or is stupid.

With all the names you wish to call those who scam, stupid is not one. They are clever, they know when to hit at the right time, and would have been planning the scheme for ages.

Click link above which talks about being scammed on the internet.

With the internet and everything being so easily accessible we can be putty in the scammers hands. 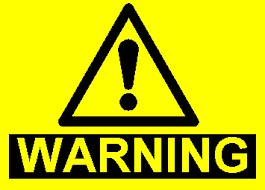 Never let your guard down. Now we are coming up to Christmas the scammers will be waiting.

When it happens it can make us feel so vulnerable and that no one can be trusted. It can feel like someone is trying to take our castles away we are trying to build, because all they want is your money.

Before I buy anything online I check to see if the padlock symbol is there and I don’t buy any items via PayPal anymore as money was taken due to someone hacking into my details.

If I buy an item on EBay then I do so by using my debit card and as a guest. I no longer use my accounts. You can easily as the seller, be scammed by those who bid on your items too.

Check out the video below by KLEANTRIX of him unboxing what he had purchased on Ebay. It was supposed to be an IPhone.

The next video is of an item that was purchased from the buyer and sent back. I wonder if you can guess what the scam is. Video by Bigboy316

Those who scam are not afraid to throw punches or what or how they scam. If they can get your money or in the above case buy something for you, returning not what was sent out, then it is about the item they can get from you to then probably sell onto someone else.

My husband recently bought an Xbox from Amazon. It was only £20, but guess what?

He got it all set up and the disc draw doesn’t open. Surprise surprise. So now we have a device which we would love to use but can’t.

Since first writing this blog, we have managed to fix this problem and can now use it, but it has to have a disc in the draw all the time for it to open. MADNESS!

When my husband and I went to Tenerife for our honeymoon in September 2006, some guy approached us to take part in a scratchcard competition. It was only a quid, so we did two.

Next thing we know we won.

So we thought okay fine, we will to go to his office to collect our award and then be on our way. YEAH RIGHT!

We were drawn into buying a Timeshare Membership, paying over £300 as a deposit and then we had to pay the rest by direct debit or instalments.

With the deposit you paid and the monthly costs  you supposedly paid, gave you entitlement to stay in free 5 star hotels, a shopping card and vouchers.

Afterwards my husband and I were going over what just happened. “Had we done the right thing?” I then after coming back from holiday spoke to my mum, who was on holiday at the same time and did the same thing. They had a terrible time, with really bad accommodation and other holiday makers became a nightmare, so they were desperate to move from their original hotel booked. They had joined a similar scheme but they got to move to a more luxury hotel as long as they paid to do the Timeshare experience.

We then looked into it, and saw that there had been a big campaign on it. The BBC TV Programme Watchdog did a feature on it.

They listed all the companies who were doing the Timeshare offers, who was good and bad.

Looking down I saw the company we had gone with.

It meant we would lose our £300 deposit, as they didn’t funny enough have a cooling off period, but no more money would be taken.

When thinking about it, it was so clever the way it all appeared to be at the time, so legit.

They were indeed a Timeshare company and yes you would stay at free accommodation, but reading reports from other holidaymakers who had been drawn into the same thing, the hotels were mostly “The Hotel Of Horrors” so no way 5 star and people had issues with the shopping cards where stores hadn’t heard of them, so they couldn’t be used.

It was all done in an office with desks and computers and you got talking to one guy who went through it all, what the timeshare included, and then another guy who was the so called manager to seal the deal.

click here on this link of an example of this type of scam by so called Timeshare companies,

The one thing learned from that experience, was it taught me a massive lesson. Now when I am approached in the street by any sales person I will always be polite and say no.

It is hard to tell from the legit to the fraudster so it is best to stay clear. If it is a good product then to be honest you wouldn’t need to approach anyone, as they would come to you.

So to fight back, beat the scammer don’t let them beat you.